Wisdom and Deep Thoughts to Change a Restaurant's Reputation 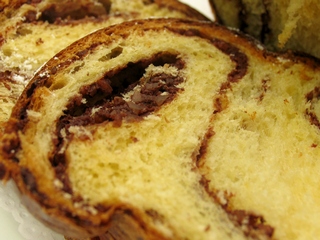 The reputation of your restaurant depends on training and on your leadership, which is directly influenced by your beliefs.  The widgets and tools online are only a means to reflect the best of your products and service.  In truth, what the restaurant team believes in becomes the foundation of a reputation.  The perfect slice served as if the the guest is royalty becomes a sharable experience.

Is your reputation a priority?

The benefits restaurant owners receive from the Internet are not limited to software, forms and equipment.  The greatest value might be in wisdom, which can shape beliefs, which then are hopefully are acted on with effective action plans.

Below are thoughts from the Internet from to empower restaurant owners and managers with  new perspectives which may challenge the status quo:

Ø   You have to decide what your highest priorities are and have the courage—pleasantly, smilingly, nonapologetically, to say “no” to other things. And the way you do that is by having a bigger “yes” burning inside. The enemy of being the “best” is often being “good.”   Stephen R. Covey   from The Seven Habits of Highly Effective People

Ø   The quest for a "single source of the truth" on the web is futile.  Avinash Kaushik

Ø   Trust me, being real will benefit you more than me—really.  Beth Harte

Ø   The holidays are here and I’m convinced some of you are going to have banner sales. Why? Because you have exchanged belly-aching and TV watching for action.   Bob Phibbs

Ø   This is a rare moment in history where, if we take “social” media out of the discussion and we stop looking at Twitter and Facebook for just a moment, we can focus on what’s truly important.   Brian Solis

Ø   Every time customers interact with your company, they have some emotional reaction to the event.  Bruce Temkin

Ø   We believe that the consumer is King. And Queen.  Consumer Freedom

Ø   When you leave messages subject to interpretation, the way the message is interpreted will almost certainly be different than what you intended.   Dale Furtwengler

Ø   One key element of this new inter-connected world that we live in is trust.   Eric Brown

Ø   Even in a down economy there are many opportunities, and those with a creative mind see them everywhere.  Dr. Jeff Cornwall

Ø   Expose yourself to no and not how to get to yes.   97% of all sales are not made on the first call.  It takes five to ten exposures (follow-ups) to a prospect to make the first sale.   Jeffrey Gitomer

Ø   There are no brands, but rather the constant acts of branding.  Jonathan Salem Baskin

Ø   The nature of "social" has become much less social over the past three years. It's now increasingly private and profit driven.   Peter Kim

Ø    Stop writing about I and focus on you.   Michael Hartzell

Ø   I recently heard someone refer to their legal department as a “Sales Prevention Department”.  I realized that most businesses have some sort of “idea prevention department”, whether they nickname it the “VP of We Can’t” or the “Abominable No Men”.    Tom Fishburne

Ø   If you're in business, you're in show business and when you get to work, you're on stage.  Tom Peters

Ø   See, it’s never the data that “kills” a project, or stalls a venture. Never.  It’s the people.   Tom Webster

Ø   The key to success in advertising is to deeply impress whoever you reach, then count on those people to be your ambassadors or “inside champions”.  P 123  “Secret Formulas of the Wizard of Ads” -  by Roy H. Williams

Did you know you can read Kindle books on your computer with a free APP?

The world is not only at your fingertips but also becomes a platform where others will recommend you.   There was no broadcast to these folks above to say:  “You are about to be shared.”  Remember this when you begin to write an article online.  You may influence others more than you know.

Sharpen the SAW each day.  At what point do you say:  “Enough is enough” and hire a restaurant consultant or add to your restaurant marketing tools?

The reputation of a restaurant starts at ... the restaurant.  The rest of the world is compelled to share when the restaurant team is AWESOME.  All of the widgets, software, memberships and online tools in the world will not change a marginal operation.

Which of the thoughts struck a chord?  Which thought will nudge you to make new decisions to be more effective in your business?