In at least four scenarios during my 30 year career, you would have called me a “Dead Man Walking”.  This was the direct result of 70+ hour weeks working in the restaurant business.  The restaurant business was not to blame, nor were my immediate supervisors; it was much more related to a mindset for creating success.

The first experience of taking on the world by using time and effort alone was when I was a 24 year old young man.  Being the “smartest person on the planet”, I had the burden of trying to fix anything in my path.  It wasn’t long before the solution was: “Work as many hours as possible”.

This led me to become a Dead Man Walking.  70 hours a week is not so tough.  10+ hours a day, 7 days a week can be done.  An extended period of doing this over many months will result with bags under the eyes and a disconnect with people.  Reality becomes blurred where there is no sense of best or worst.  Real emotions fade away and words such as “love”, “hate”, “appreciate” and “inspiration” are left behind a wall.  Survival is the most important priority since there is a never ending battle to fight the proverbial monsters who bring failure. 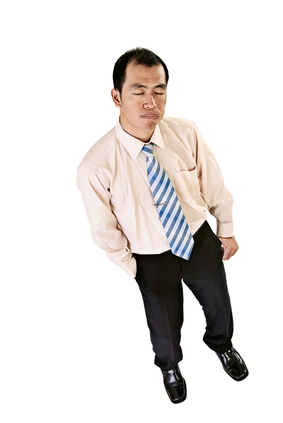 There was a reward the first time this occurred:  Accelerated learning and experience.  What can be learned in a year with extreme effort, time and focus would take others five years to learn.  Even so, I vowed to be more cautious with extreme commitment in the future.  Dale Carnegie reminded me:

“Flaming enthusiasm, backed up by horse sense and persistence, is the quality that most frequently makes for success.” - Dale Carnegie

Armed with the quote above, a few years later an opportunity was given to me to “temporarily” move to California with a promotion.  I said yes because “this is different, this isn’t the same as before” and I had flaming enthusiasm.  (I was missing the horse sense.)  Sure enough, newly promoted with three locations and no management team, the Dead Man Walking returned.  Committing to the 70+ much more hours per week was supposed to be “temporary”, after all.

Yes, there was an award, reward and trophy at the end.  “Most profitable location in the company.”  Even with the award, I reminded myself afterward:  “Caution.  No more.  It is not necessary to over commit to get the job done.”  Then the words of Henry Ward Beecher come to mind:

“In this world it is not what we take up, but what we give up, that makes us rich.”  - Henry Ward Beecher

Not heeding the two previous warnings to myself, two additional opportunities presented themselves which I “had to pursue”.  In both scenarios, there was a demand which took me into a 70+ hour work week for an extended period of time.  I found myself again reaching beyond my limits to accomplish what I knew had to be done.  One was as a restaurant owner and the other was as a coach for nine locations spread over three states.

Yes, again there were awards and rewards at the end.  “Best in the USA”, winning big prizes, cash and checks along with trophies.  The recognition did not balance the equation for the other losses in regards to health, relationships and deeper understanding of the real issues.  Michael Jordan shared his deep thoughts and I would keep going:

In all cases, I had purposefully accepted roles in scenarios where a company had not been successful and things were falling down with poor leadership in place.  The reasons for marginal results prior to my arrival were different in every case.  For some there was a complacency, a disregard and/or distractions and in some cases “fate” which caused the operations to shrivel and begin to die.  For all, there was “no leadership team” which caused everything else to crumble.

There are many others in the restaurant businesses today who are following a similar path.

To overcome the higher minimum wages, the increase in government taxes and regulations and the new economy; you will see “Dead Men/Women Walking” as many try to achieve success from sheer will power.  Maybe you feel there is something here that might even relate to you?

With all the technology, books, consultants, software, video cameras, social media and automated systems such as a point of sale:  A leadership team is still required for success.

There is a direct correlation between the ability to avoid becoming a Dead Man/Woman Walking and developing a skilled leadership team.  The sooner the leadership team is in place, the more quickly success is achieved and the less likely you are to become numb and dumb to reality.

If you are a leader, can you recognize those who are already “Dead Men/Women Walking”?  Be careful before you answer.  One of their abilities is to appear sane, balanced, caring and logical even when they are not.  What management processes do you have in place to measure their development?  Does it matter?

If you are in the trenches as a restaurant owner and/or operator, do you need a place to turn in order to avoid the calamities?  Reach out to me and have an easy conversation about the future of your restaurant business.

One book which had an impact was “Man’s Search for Meaning” by Viktor Frankl.   It is not about restaurants, hospitality or business.  It is a book about survival.  This book helped me to recognize there are prisons beyond those with bars and cement walls, even in a restaurant business.  I highly recommend it.

When it is all said and done, is Sophocles correct when he says:

“Success is dependent on effort.” -  Sophocles

If that is so, then I recommend you focus more effort on developing a highly skilled leadership team vs. cooking, analyzing reports, dishes, worrying and trying to save the day on your own.