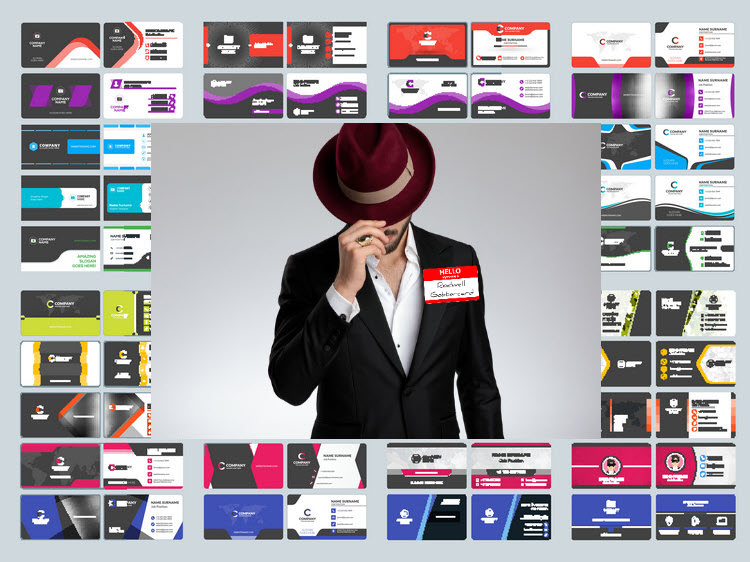 This is a "true story" based on the stories from many. Maybe you know someone who has experienced something similar.

Someone (Let's call him Rodwell Gobbercard) is VERY excited because he now has business cards, and a special name tag to wear for networking meetings.

Rodwell worked for hours on his business card. He downloaded an image from Stock.Adobe.com and was sure that it represented his best self and business. He bought 10,000 business cards because he believed they would make such a difference.

He searched on Eventbrite and Meetup.com and finally found the "perfect" networking event. Rodwell was ready for his big moment!

He arrived early, and focused on his plan to hand out his business cards. It was a grand room and Rodwell felt he hit the jackpot because 1,000 people attended!

Rodwell Gobbercard "raced" around the room with a quick greet, handshake and and card handoff. He worked very hard to be sure every person in the room knew his name and got a business card.

Hours later, worn out, happy and feeling good about what he had accomplished, he sat at home with a can of Almond Roca to celebrate.

"All will be well. I can't wait until tomorrow." Rodwell Gobbercard told himself.

The next day...  there was not a single call. Not one. Not a single email.
Shocked and sad... he waited.
Nothing on the second day. There were no calls or emails.

By the end of the week, Rodwell was miserable and came to the conclusion “business cards and name tags don’t work.” He told his friends: "Networking events are a waste of time and effort. I received no contacts." The remainder of the business cards were tossed into the recycling bin.

It is a true story, told by many – though exaggerated a bit to make a point.

If Rodwell Gobbercard had read this article by the amazing Robin Dreek: "The Top 10 Techniques for Building Quick Rapport with Anyone"  or used the "Networking Preparedness Checklist" from Resultist Consulting, he would not have experienced the same results.

Hundreds of free tools, a plethora of "tricks" such as #hashtags, @people, where fake can be real, and almost "anything" can be said.  It is bigger, better, and badder than a business card X100. Rodwell Gobbercard is over his networking negativity and ready to finally dive into social media. With thousands of advisors, books, videos, classes and programs... the sky is the limit! Rodwell is pretty excited.

At some point we hope Rodwell Gobbercard will begin to understand the reality of how things really work. Maybe he will dive into the "Guerrilla Marketing Checklist & PR to Start the Adventure of 'Famous'" and develop real relationships.

If you come in contact with Rodwell Gobbercard, can you remind him how important it is to: “celebrate, educate, motivate” with social media shares relevant to those he serves?  He will make a bigger impact. This is where the connection starts.

Rodwell Gobbercard might be more interested in being known, talked about, and inspire people to call... (to buy stuff) He might be like others and say: "It's too much work to connect and nurture real relationships."

If so, it will be time to do something awesome (remarkable). When humans experience "awesome", they can't help themselves - they share. In which case, no social media account or social media posting is required.

i.e. Haystack Rock does not have a social media account. 😊 And yet is shared "millions" of times.  Haystack Rock in Cannon Beach Oregon is an amazing place to visit!

i.e. Simone Biles has social media accounts and is followed by 1.1 million people because of her activity offline, by doing what appears "impossible."

Rodwell Gobbercard will feel a bit intimidated and like an underdog when watching Simone. He will need encouragement and a reminder that many started small, with basically nothing and turned their idea and hard work into BIG.  Who knows, maybe he will become famous. 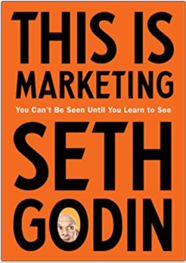 There are still opportunities for Rodwell Gobbercard, even with his business cards. When I see him again, I will be buying him a copy of "This Is Marketing: You Can't Be Seen Until You Learn to See" by Seth Godin.

If you're a business consultant, a designer, or an inventor, being famous to the right three thousand people is plenty."

(Note - the pandemic and virtual meetings offer opportunities to connect... but the principles remain the same. Showing up and handing out virtual business cards will fall short. Don't just sell. First, make their day!)