The Top 10 Techniques for Building Quick Rapport with Anyone "It's Not All About Me: The Top Ten Techniques for Building Quick Rapport with Anyone" - Robin Dreeke

I know exactly what you are looking for:

More cooperation, more people listening to you, more respect, more people saying 'yes' and more obedience from your kids (if you have kids).

The world gets more difficult to manage because those you come in contact with are more likely to hold the hand out with palm up with the hope of getting something. What you hope for is more people extending a hand as a greeting.

No need to look further because Robin Dreeke is here to help you build a quick rapport with others.  Robin isn't just any basement author who wrote a book about a few ideas.  Robin Dreeke was in charge of the Federal Bureau of Investigation’s elite Counterintelligence Behavioral Analysis Program (BAP).  As you read his bio, you will see that he was tasked to recruit spies.

He understands how a great leader uses interpersonal skills to influence, rather than command.

Gaining the trust of others is neither instant nor easy.  Trust is tougher to be had when anyone can appear to be legit with a website and social media page in under 30 minutes.

Get a sample of Robin Dreeke in this video:

If you are truly serious about improving your ability
to connect and build rapport, your next best step is to buy the book: 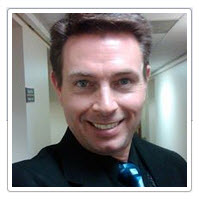 As a commander in charge of over 200 recruits and 16 drill instructors at Parris Island, South Carolina, Robin learned the fundamentals of leadership and influence. Upon entering service in the FBI in 1997, Robin was assigned to the FBI’s New York field office where he was tasked to recruit spies and confidential human sources in the agency’s efforts to thwart the effort of our country’s adversaries.

Along his journey, Robin was accepted as a field assessor for the BAP and received advanced training and experience in the area of social psychology and the practical application of the science behind relationship development.

Robin’s remarkable journey began as a 1992 graduate of the United States Naval Academy and former U. S. Marine Corps Officer. He has studied interpersonal relations for the past 24 years of his government service. Through observations of nonverbal behavior, use of the Personal Discernment Inventory, the Myers Briggs Type Indicator, and his own unique techniques, Robin has built highly effective tools for all aspects and stages of interpersonal communication. For over fifteen years, Robin has applied and taught his tools and techniques for the FBI as a member and Chief of the Counterintelligence Division's elite Behavioral Analysis Program.

Robin has combined all these tools and techniques and created a one-of-a-kind formula for success with people. Today, Robin is a recognized expert, author, and gifted lecturer in the art of interpersonal communication. These skills are used every day in leadership, sales, human resources, and all relationships, both business and personal.