The Funniest Joke I Ever Heard [video] 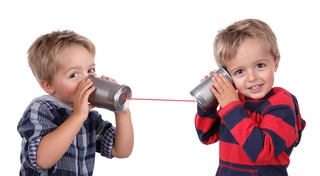 Inbound marketing is a bit like writing a joke.

You sit with a pencil.

You begin to chuckle and then guffaw... and write.

A little while later, the joke is written.  It is done.

You are convinced it is the funniest joke you have ever written.  Wait until they hear your joke.

You then think about going into the world to tell everyone “I wrote the funniest joke yet!” (Unfortunately they don't want to hear you talk about how good you are, they want to hear the joke.)

Instead, you reach out to someone and tell the joke.  You make them laugh and make their day.  Better yet, do it in front of a video camera and record it.  You will capture the moment and may even have a video clip of them falling down laughing. You now have something others can share.

In order to get the reaction, they have to hear the joke.  The joke is no good on your desk, pinned to the wall or even on your front door.  You have to reach out to other humans to --- tell the joke you are so proud of.  Sitting at your desk and writing ten more jokes will do no one any good.

If you record the moment and make a video as you tell the joke, anyone in the world will have an opportunity to watch and listen (and laugh).  Everyone gets to enjoy your awesome creatiion and you don’t have to tell it but once.

They hear it, they share it. (If it is a funny as you think)

Here is the real challenge:  Writing the funniest joke ever.

Which means we have to get so good at what we do, we breathe it with ease.  (In this example... jokes.)

If we were in the joke writing business, we have to understand what makes people tick, why things are funny and where to go over the edge... but not too far.  We must be aware of the pains and aches of humans and where reality collides with imagination.  Writing a funny joke is more difficult than a "how-to" blog article.

The power of inbound marketing is that when you do finally create something amazing, you have a method to share and they too have opportunity to share. Google tracks how you are gaining authority among humans and also contributes to helping people find your work by ranking your website page higher.

Test it.  Tell a funny joke.  Will they tell it again?  Will they say "You should have heard the joke Dean told me.  It is so funny.  I will tell it to you now."

People love to share.  Google is designed to give people what they want and need.

Below is "The funniest joke I ever heard" by Jimmy Stewart.
It has been watched millions of times. It must be funny.