One Atom Thick Graphene Discovery Changes the Future of Business

Graphene, the strongest and thinnest known material in existence, is 100 times stronger than steel.  Its discovery six years ago won University of Manchester professors Andre Geim and Konstantin Novoselov the 2010 Nobel Prize in Physics.

If you thought plastics changed the world as we know it, the next wave of change will be even more dramatic.

This is not very relevant to your business today except when you begin to invest in equipment that might last for 10 to 20 years.  In the old days, you would buy the best and hope it wouid last a lifetime.  We have learned that buying equipment for business that will last a lifetime may hold your business back as the evolution of technology is advancing at a rapid pace.

Since you are now aware of a newly discovered material which is in the form of carbon, just one atom thick and more than 100 times stronger than steel, will that influence your buying decisions? 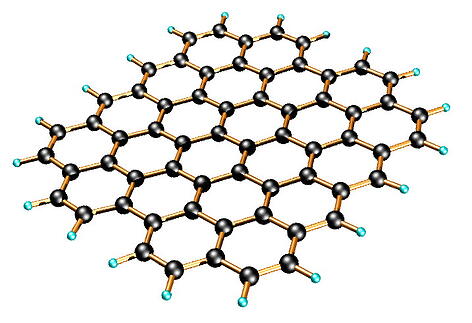 According to a Tuesday press release from The Royal Swedish Academy of Sciences, "Graphene is suitable for producing transparent touch screens, light panels, and maybe even solar cells."

Graphene will not be ready for mass production next year and it may be a while before widespread application will be seen.  Even so, you can bet that research into potential uses will be hot and heavy.

How do you keep up with the new technology?