How to Execute a Public Recognition Program

In order to execute a public recognition program you or your organization needs to have perceived authority, a team, a flexible online platform and there needs to be a compelling reason that people will feel it valuable and want to participate.

The last on the list may be the most important and most difficult to achieve.  People must believe it is important enough to take action.  Will people take action because they like it?

When you look at the numbers of the top ten watched videos of all time on YouTube, 9 out of 10 videos are music videos.

The one video in the top ten at #6 is "Charlie Bit My Finger, Again!"

Harry and Charlie on their Blog:

Their the blog which is found directly under the video on Youtube shows an Alexa Ranking of 1,946,196.  This traffic rank shows that people did not believe the video was valuable enough for them to do more than watch, share and move on. 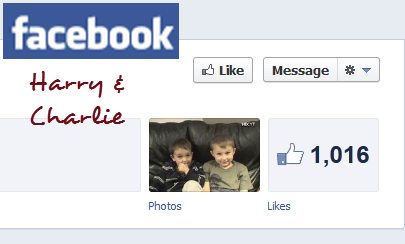 When you consider these numbers, the response rate it about .027 % of the viewers become subscribers.

On the other hand, for the videos to have viewers, someone had to take action and share.  There are no sharing numbers to offer.

When there are two buttons available, it appears the choice to "share" is more apt to happen than make a commitment with "subscribe".

An option that is growing and evolving:

Interestingly, Google+ is about this and so is Facebook Like.  In fact, there are hundreds of options to star, rate, plus, review and give thumbs up to people (or businesses) via online tools.  The program to execute a public recognition program can be as easily as learning Google+ and maximizing on the many tools it offers.

If a platform such as this will not get the job done, what platform, microphone or public praise opportunity can you provide?  Before we know the answer, there are more questions to ask:

An easier way to automate recognition in public:

One of the most popular ways to give recognition is voting.  American Idol proves that given the right scenario, more will vote on something unimportant than they will for the presidency.

This creates an automatic "why" a recipient is selected.  If the prize is nice enough, the authority of the giver dynamic enough to make it feel important; people will vote.

www.epollresearch.com is another website that offers tools to do such a thing.

Celebrity polls shows how they receive recognition simply by being on the poll.  Want to get famous?  Make a poll that includes celebrities and then put your face/name next to the others. That is sure to get you a bit of attention.

Once the pieces of the puzzle are in place, it is a matter of having a team to share the opportunity for everyone to have a say as to who will win.  The results are constantly public of course so that people can monitor the outcome.

Many options for polling, surveys and online voting are now available.  It could take months to sort through the options.  In the end you will turn to 5Circles.com which is a company that has a SurveysAlaCarte Program.

eBallot.com, QuestionPro, Zoomerang or SurveyGizmo are but a few options to start the voting machine.  "Smartest, best, most giving, most enriching," etc. might be considered.

To create a template and look further, the Internet has already paved the way.  Awards that did not exist five years ago are no sweeping across the Internet.  You thought that the growth of the award shows on TV was bad, be glad you are not on the list to be told of every online award show.  Here are but a few examples.

A voting system is my top choice for deciding who "wins the prize".

I suppose if someone came to me and asked me:  "How do we (please not me) execute a public recognition program?"  - it would lead me to ask more questions.

A more important question: What is the recognition program you are interested in executing? (offline or online)

Consistent success does not happen by accident and having a long term successful public recognition program needs support.  Those who can put one together will have the rewards of more traffic, eyeballs, participants, believers and followers which turns it into a list building and link building oppotunity.

A recognition program does not have to include technology.  The microphone can be a quote that is used in a speech.  The options are limitless for public recognition but in all cases someone has to ensure the success of a program.