The Disconnect Between the Media and the Real World 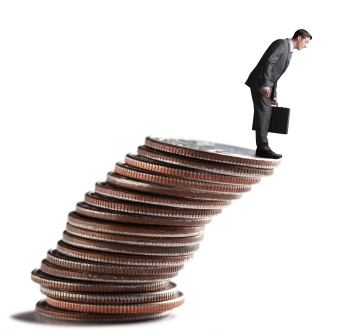 A week ago you read the story and watched a video on FOX News.  The dramatic news story made a point that things are bad...very bad. And things are going to get worse.

David Lightfoot is in the thick of business reality and offers his thoughts and perspectives regarding the "fiscal cliff":

Fiscal Cliff Notes:
The Disconnect Between the Media and the Real World

Throughout the late fall and through the holidays, the media was all abuzz about the Fiscal Cliff, the term coined for the tax increases that would come on January 1st if Congress did not act. Surely we would fall back into recession; Americans would be crushed by the burden, ad naseum.

One couldn’t escape the incessant noise. It was on the radio, television, the blogosphere, internet news; yes everywhere.

Not one business owner, not one business advisor, not one banker, and only one network contact brought up the topic of the Fiscal Cliff during December. What’s going on here? There seems to be some disconnect.

My observation is that small business people get on with the business of doing business. They are always looking for more business; trying to sell their services or goods. They are trying to recruit, train, manage and retain good employees. They are working hard.

And they are making tough decisions. And those tough decisions are almost never affected by tax implications. Yes, when selling capital assets, the gains rate is considered. And I’ve worked on tax credit projects that depend on the credits to be financially feasible. But those are the exceptions.

So maybe the real solution to the Fiscal Cliff is this: Turn off Fox “News”.

David Lightfoot has over 35 years of accounting, finance and operational experience. Most of the last 25 years David has served as Controller, Chief Financial Officer or Vice President of Finance for small and medium-sized businesses. He also has operations experience and has worked as a CEO, giving him a broad business perspective.

David has been a CPA for over thirty years and also is a CMA (Certified Management Accountant).