“They’re trying to figure out what “works” instead of just telling their truth.“ - Gary Vaynerchuk

Gary Vaynerchuk is a Belarusian American entrepreneur, author, speaker and internet personality. First known as a wine critic who expanded his family's wine business, Vaynerchuk is best known for his work in digital marketing and social media, through New York–based VaynerMedia.Wikipedia

"People who think they know everything are a great annoyance to those of us who do." - Isaac Asimov

"The true delight is in the finding out rather than in the knowing." - Isaac Asimov Isaac Asimov was an American writer and professor of biochemistry at Boston University. He was known for his works of science fiction and popular science. Wikipedia “In bestowing charity, the main consideration should be to help those who will help themselves; to provide part of the means by which those who desire to improve may do so; to give those who desire to use the aids by which they may rise; to assist, but rarely or never to do all.  Neither the individual nor the race is improved by almsgiving.” - Andrew Carnegie

"The story of innovation has not changed. It has always been a small team of people who have a new idea, typically not understood by people around them and their executives." - Eric Schmidt, Chairman, Google

"If you have something that you don't want anyone to know, maybe you shouldn't be doing it in the first place." - Eric Schmidt, Chairman, Google

"The Internet is the first thing that humanity has built that humanity doesn't understand, the largest experiment in anarchy that we have ever had." - Eric Schmidt, Chairman, Google Eric Emerson Schmidt is an American software engineer, businessman, as well as the executive chairman of Alphabet Inc. In 2013, Forbes ranked Schmidt as the 138th-richest person in the world, with an estimated … More Wikipedia

'The fishermen know that the sea is dangerous and the storm terrible, but they have never found these dangers sufficient reason for remaining ashore."  - Vincent van Gogh

"Snow, you miss it until you get it." - Pat Larson, Tipp City, Ohio 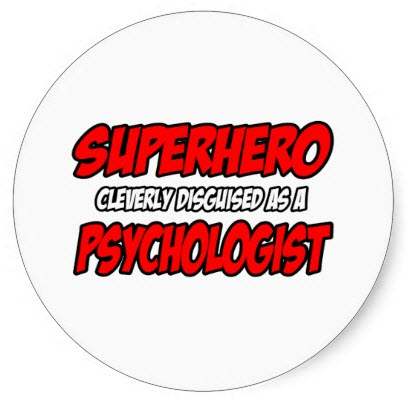 "All new knowledge comes out of a degree of chaos, confusion and cognitive dissonance... I must be getting smarter every day." - Dave the Psych

Dave the Psych is a brilliant psychologist in our local school district.  We appreciate his wisdom and service. To keep the fanfare low and the paparazzi away, he will be known only as "Dave the Psych".

"I do what I love and getting an escape from it... helps me be more creative." - Maria Marsala Founder of Elevating Your Business,  Financial Advisor Coach, Trainer, Speaker, Author

More about Maria Marsala: Maria brings more than 30 years experience to her role as founder of Elevating Your Business, working with advisory firm owners, RIA's, financial firm executives, broker-dealer firms, custodians, and small business owners. She is regarded for her sensible, insightful, forward thinking strategic marketing and business advice grounded in practical best business practices. As a trusted advisor she provides 1 to 1 and/or group consulting, coaching, and courses.

"Inspiration is the food of design. All ideas are welcome." - Peter Moon

"Technology has always been only as important as the improvement it could bring to people's lives. The key to success has almost nothing to do with technology and everything to do with how people work together." - Peter Moon - Managing Partner at Navicet 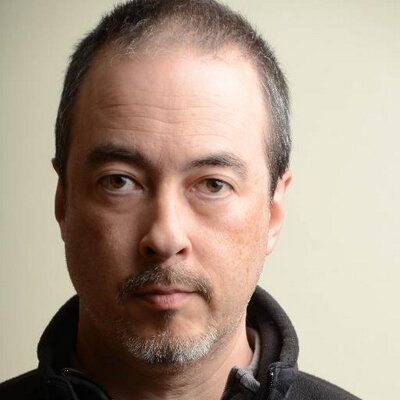 More about Peter - Before his life in tech, Peter was a cabinet maker, built harpsichord keyboards on the coast of Maine, led bike tours from the summit of a 10,000 foot Hawaiian volcano 38 miles down to sea level while riding backwards to keep an eye on his guests, and ran a surf-wear manufacturing shop.

"There is a difference between knowing the path and walking the path." - Morpheus

“It is not the spoon that bends, it is only yourself.” – Little bald boy who bends spoons

“Life is pretty simple: You do some stuff. Most fails. Some works. You do more of what works. If it works big, others quickly copy it. Then you do something else. The trick is the doing something else.”  ― Tom Peters

“If I read a book that cost me $20 and I get one good idea, I've gotten one of the greatest bargains of all time.” ― Tom Peters

“The simple act of paying positive attention to people has a great deal to do with productivity.”
― Tom Peters

"The magic formula that successful businesses have discovered is to treat customers like guests and employees like people." - Tom Peters

"The hell with dignity, I'll leave when the job is done." - M
(in James Bond movie Skyfall) 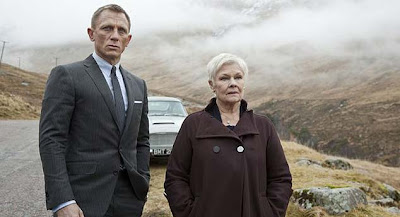 The true identity of James Bond’s MI6 boss has finally been revealed by an eagle-eyed fan watching Skyfall.

Mystery has long surrounded 007’s mentor, known only by her codename M, but her real name has been unveiled as Olivia Mansfield.

"I do not consider a sale complete until goods are worn out and the customer still satisfied. We will thank anyone to return goods that are not perfectly satisfactory...Above all things we wish to avoid having a dissatisfied customer." - L.L. Bean, 1912. These words were found in their first circular.

"Don't let the fear of the time it will take to accomplish something stand in the way of doing it. The time will pass anyway; we might just as well put that passing time to the best possible use."  - Earl Nightingale

These quotes are to keep you inspired. Please share the wisdom and quotes with others!