What Happens When Nonprofits and Businesses Join Forces?

You may initially think of nonprofits and businesses on opposite sides of a spectrum. However, the two entities can also mutually benefit each other.

Here's a look at how that can happen.

Nonprofits are among the most vulnerable organizations to cyberattacks. Hackers know those entities often don't have the resources to beef up their online infrastructures as much as they should. Moreover, if they're short on staff members, it can take an exceptionally long time and lots of resources to recover from any breach.

Symantec wanted to do something to minimize the risk. Starting in 2002, it partnered with TechSoup, a nonprofit that provides tech support and tools to other nonprofits. Together, TechSoup and Symantec reach nonprofits in more than 200 countries and territories. So far, more than 102,000 nonprofits and public libraries have access to Symantec products to help them manage cyber security vulnerabilities.

Partnerships like these make nonprofits less at risk for cyberthreats. Plus, they allow Symantec to show it's using its products to meet an identified need. Having parties in the nonprofit sector using these items could also help Symantec understand how to serve such groups better and launch the features they want and need.

The lack of cyber security is a pain point the nonprofit industry faces, and one that Symantec can solve. However, the cyber security brand wins out too because it gets more exposure for its products and could use feedback from those customers to make better offerings moving forward.

Fundraising events are instrumental in helping nonprofits stay afloat. Businesses can pitch in to play crucial roles by expanding their reach in a community. For example, if a company chooses to sponsor an event, it could help new audience segments learn about its brand.

One common way that businesses assist nonprofits is by contributing items for an auction. Those things could range from baskets of gourmet food to thrilling experiences like skydiving trips or hot air balloon rides. Then, companies typically get associated advertising, such as their names and logos displayed in a program or on a banner. Plus, nonprofits can auction items that generate interest from attendees.

One recent development that makes auctions more convenient for the people running them, as well as the bidders, is mobile bidding. People can place bids from any mobile device. Then, they receive notifications of being outbid, which keeps them up to date without making them stalk the auction table.

Some fundraising efforts also directly drive sales for the businesses that give aid. For example, in Ireland, a gas station chain called Maxol partnered with Aware, a charity that helps people with mood issues like depression and bipolar disorder. Maxol donated 10 cents of every hot beverage sold during a defined period to the charity, and this arrangement raised €62,000 (about $67,850).

The business and nonprofit also timed this campaign to happen during November and December 2018. Since that's the holiday season, a period when people often feel especially generous, it makes sense that Maxol's customers would be willing to buy coffee for a good cause.

Progress Gets Made on Researching Innovative Ways to Fight Climate Change

Many recent headlines warn there's no time to waste in tackling climate change. Scientists say there will be catastrophic effects for the planet unless everyone takes decisive action and works together.

Apple launched a series of projects where it works with nonprofits to mitigate climate change using nature. Two previous initiatives involved forest management projects in the U.S. and China, and there was an effort to protect a Colombian mangrove forest, too. The latest effort sees the tech giant teaming up with a nonprofit called Conservation International to restore African grasslands.

Traditional methods of achieving that goal involve replanting grasses and trees, which is extremely costly. However, Apple is funding a different approach that involves societal changes that could help the grasslands recover. For example, one option is to encourage local livestock herders to practice rotational herding.

This approach could reportedly have a massive payoff for minimizing climate change. An ideal scenario following this boost for grassland degradation would lead to the sequestration of 3.6 billion tons of carbon dioxide per year.

Besides aligning with Apple's goals to investigate climate change mitigation, this partnership gives Conservation International necessary funding to determine the role of forests in carbon sequestration. Despite the growing interest in how woodlands could help, the funding availability still falls far short, especially if corporate entities don't pitch in. Moreover, company assistance allows nonprofits to move faster than they could if waiting for grants.

The examples listed here only scratch the surface of what's possible. However, they emphasize why the combined efforts of businesses and nonprofits can be advantageous to both parties.

Joining forces like this can give each nonprofit or company more networking opportunities and chances to capitalize on various strengths offered by the other party. With all these perks and others, it's not surprising that more of them look for ways to combine resources. 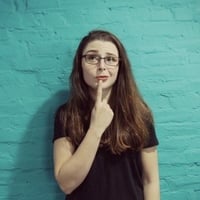 Kayla Matthews is a researcher, writer and blogger covering topics related to technology, smart gadgets, the future of work and personal productivity. She is the owner and editor of ProductivityTheory.com and ProductivityBytes.com. Previously, Kayla was a senior writer at MakeUseOf and contributing freelancer to Digital Trends.

Kayla's work has also been featured on Houzz, Dwell, Inman and Curbed. Additionally, her work has appeared on Quartz, PRNewswire, The Week, The Next Web, Lifehacker, Mashable, The Daily Dot, WIRED and others.